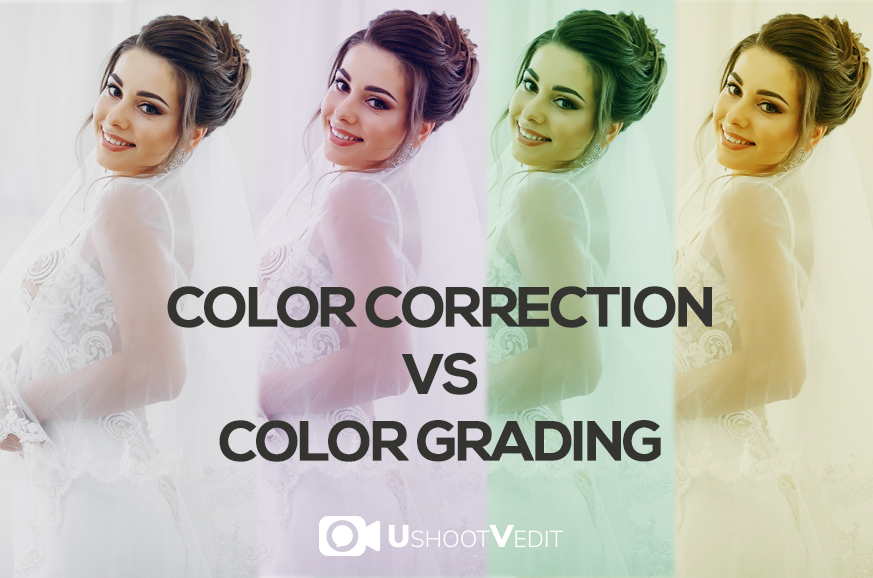 Just like a good film requires quality cinematographer and editors, using the right tools for your photo editing is equally crucial (also the photograph quality). Let’s assume you are tight on budget and cannot afford for an image editor – here’s where the editing tips like color correction and color grading can come to use!

Believe me, they are effective and a must know for all the photo editors out there. Shall we check them out?

A quick comparison here; Color Correction is mainly used for the images whereas the Color Grading is applied to video format files.

During the initial days of editing, the photographers or editors used to take a long time on adjusting the color tone of the photographs. It was called ‘color-timing’. That’s an old photo editing process, which is now replaced with digital editing. Just with a click and selection using the mouse, you can get easily get the editing done in minutes.

The way of color correction methods has changed a lot, still, all the professional brands and businesses carry out the color correction in their post-production phase. It’s a must-have process!

Once the images are finalized, we enter the first stage of post-editing that is a Color correction. During this process, we adjust the black and white balance, brightness, contrast giving real and accurate colors for the image.

It’s natural to get some color change in the photographs. Color correction does a subtle edit in a way that preserves the precise feel of the image and doesn’t look overdone.

Color grading is a technique of applying a tint or color shade for enhancing the mood and feel of the video. Yes, you read that right! It’s used for the videos and used by filmmakers for giving a realistic touch to the video.

For example, the movie Rush Hour has a more natural color tone than the Wonder movie that has a golden yellow tone throughout the movie.

The purpose of using color grading is to set the mood and feel of the scene. Like the horror films have a darker shade of color or an eerie tone for the whole movie. This helps with building the right feels and gets the viewer really INTO the video.

Any video maker or filmmaker will adjust the color shade that matches perfect with the storyline and the atmosphere of the movie.

Color Correction and Color Grading are the two popular editing tools used by creators for this purpose.

Coming to the difference,

Whereas the Color Grading

Check out this Fenchel & Janisch’s video for getting a better idea:

They are interchangeable in many instances, and yes people do that!

Although both the terms slightly differ from each other, people consider them to be the same.

Here’s what I felt:

Color correction is a familiar term among the amateurs, which can be termed as Color grading for a larger project. Am I confusing yet again?

Let’s put this straight, color correction is a basic thing which deals with contrast, brightness, and similar adjustments. Whereas, color grading is an advanced level of editing with different shades and formats that suit your video/image needs well.

P.S. The level of color grading or correction depends a lot on the image quality, lighting, type of event, equipment used etc. Grading job may take about 6-8 hours! So, no job is easy!